John was a proud member of the United States Army and served during the Korean War.  John was a former member of the Woburn City Council and very active in the community.  John was passionate about restoring this flag pole before he sadly passed away in 2012.

We completed the restoration of the Dallin Civil War “Soldiers and Sailors” Monument at the Soldier’s Lot at Woodbrook Cemetery.  This monument was first erected and dedicated in 1904 by the citizens of Woburn and restored in May of 2014 by the Friends of Woburn Veterans.

The Friends of Woburn Veterans restored the USS Main Cowl on Woburn Common and held a dedication ceremony on Sunday June 12th at 10 AM on Woburn Common.  We dismantled the old glass panels (housing); we replaced the roof over the housing and side petitions; we removed the cowl and sent it to Skylight Studios where they put a preservative finish on it (the surface of the cowl, an original state, was not altered in any way).  We placed a brand new granite slab on top of the old base then replaced the old partitions and roof with solid granite and replaced the glass with a high tempered plexi-glass.  We framed the documents, artifact (medal) and pictures and placed them back with the cowl.  We also installed lighting and landscaped the entire area, on the common, where the cowl resides.

In May 2019, we begun working on a new Flag Memorial project in North Woburn at Ferullo Field.  The project, partially funded by the Cummings Foundation 100K for 100 Grant, will feature seven flagpoles - one 60-foot American flagpole and six 50-foot flagpoles representing MIA/POW, U.S. Army, U.S. Navy, U.S. Airforce, U.S. Marines and U.S. Coast Guard.  The Memorial Of Flags are illuminated in light, enveloped by a beautiful walkway made of stone. Project completion was November 2019.

In October of 2011, we formed our committee and took on our first major project – creating a new Woburn Honor Roll, on Woburn Common, listing over twelve thousand names of men and women, from Woburn, who have served from 1642 in our first militias to present day in Afghanistan.  In November of 2012, our first major project and accomplishment was completed, dedicated and gifted to the City of Woburn. 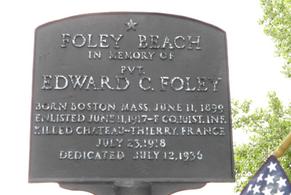 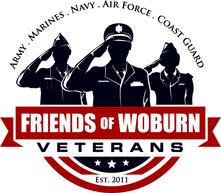 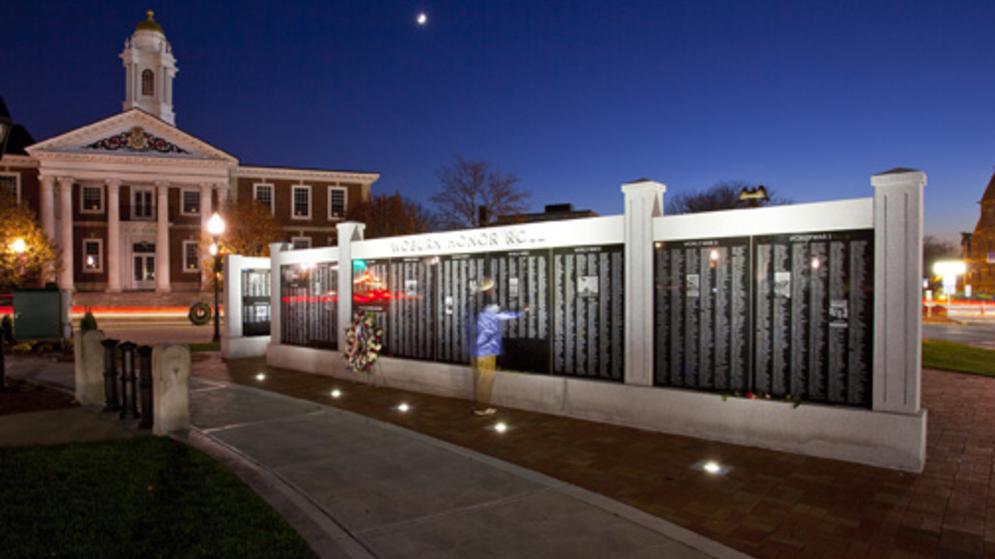 The Friends of Woburn Veterans and Rolling Thunder - Massachusetts Chapter 1, with the support of Mayor Galvin and the Woburn City Council, are dedicated a POW/MIA chair, plaque and flags in the Rotunda of City Hall on Tuesday evening on June 4th, 2013 at 6:45 PM.

Since World War I, more than 92,000 American soldiers have been unaccounted for.  The unoccupied seat is dedicated to the memory of those brave men and women and to the sacrifices each made in serving this country.  They are not forgotten.